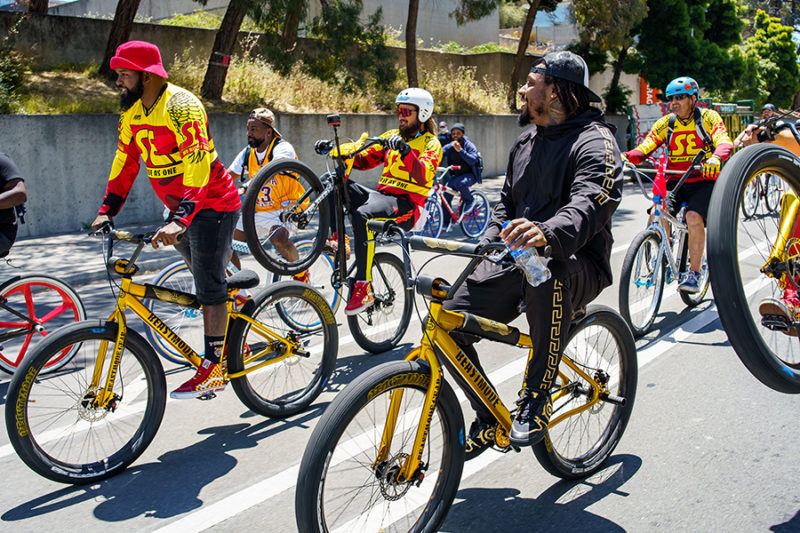 SE Bikes first teamed up with  Marshawn Lynch about five years ago to create what they call the world’s first 27.5″ BMX bike. A bike that can hammer the pavement just as feverishly as Lynch hammers defenses.

The Beast Mode Ripper is a 27.5+ BMX bike that can carve, cruise or crush the urban riding scene, all with the style and panache one would expect from a bike with Lynch’s “Beast Mode” moniker plastered on the down tube. Now, it gets the golden treatment. 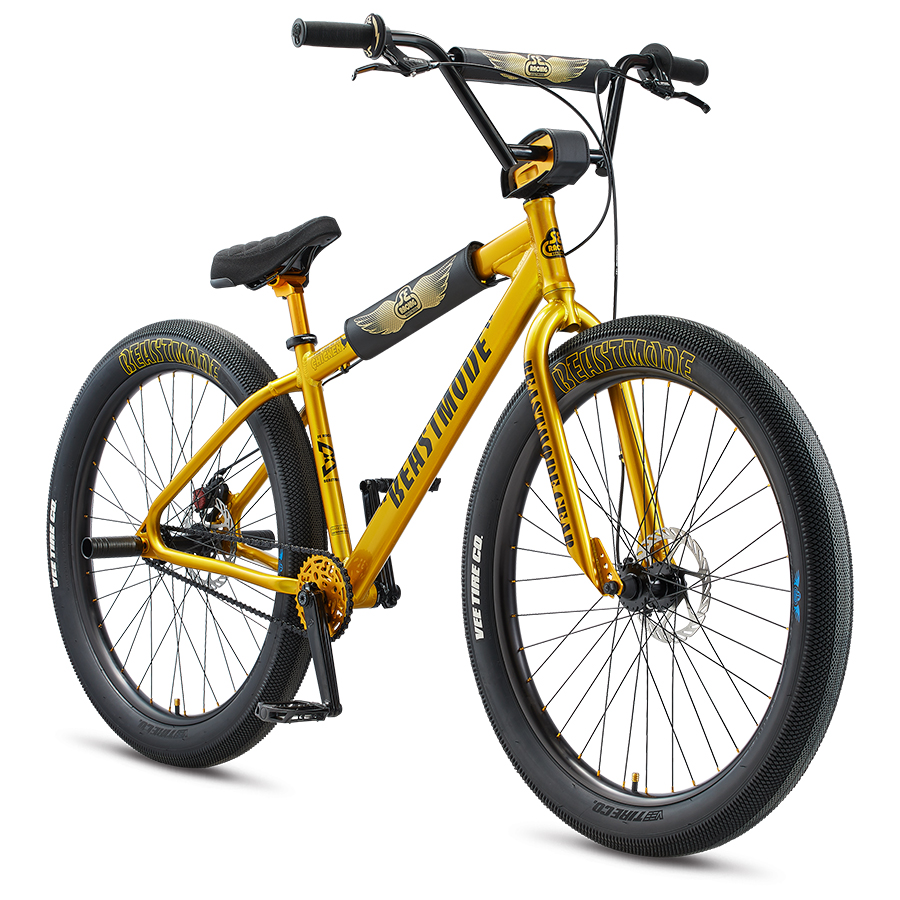 Aside from the beefy 27.5+ x 3.0 Speedster tires, it is made from 6066 aluminum and features a full Cr-Mo Landing Gear fork, dusted over with a golden finish. 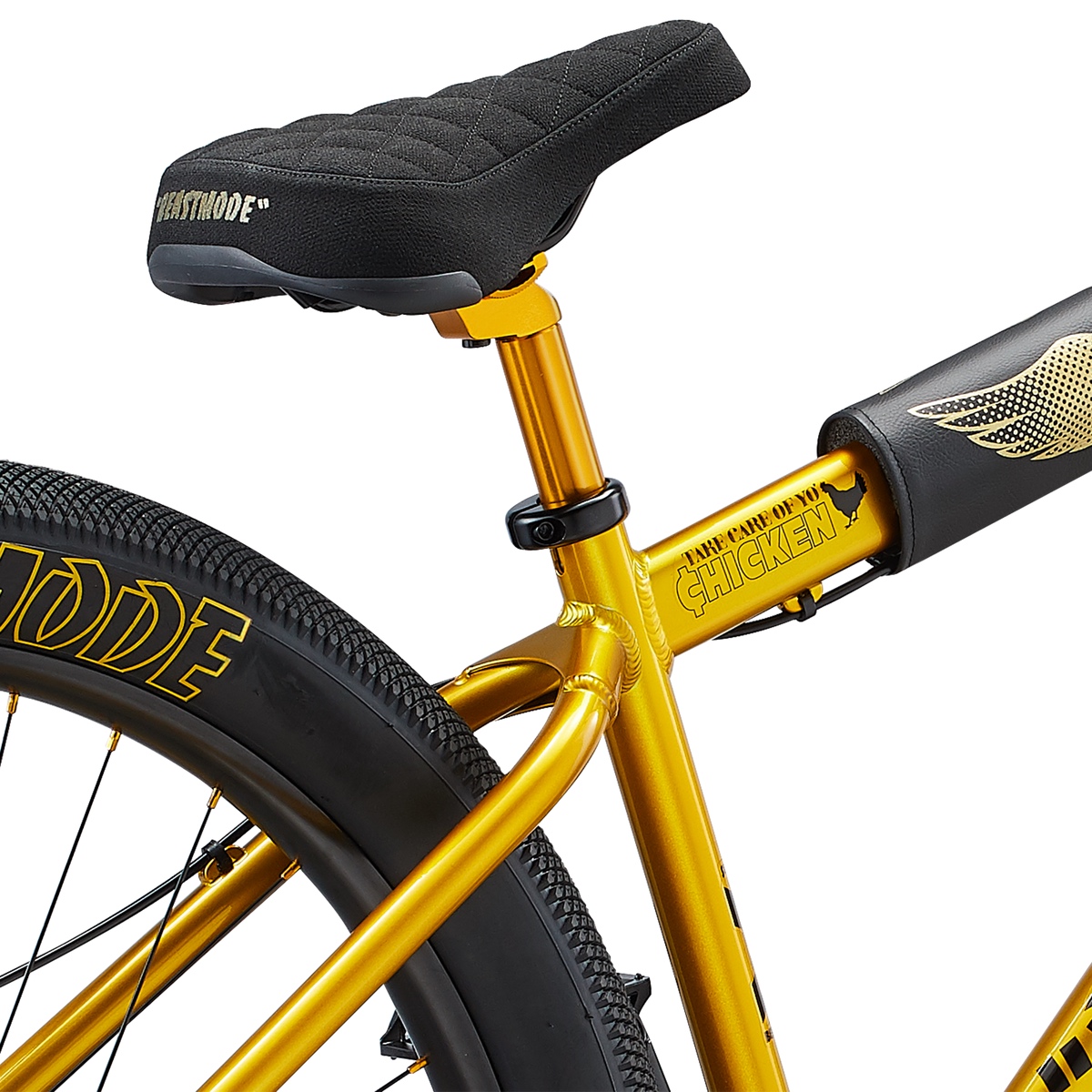 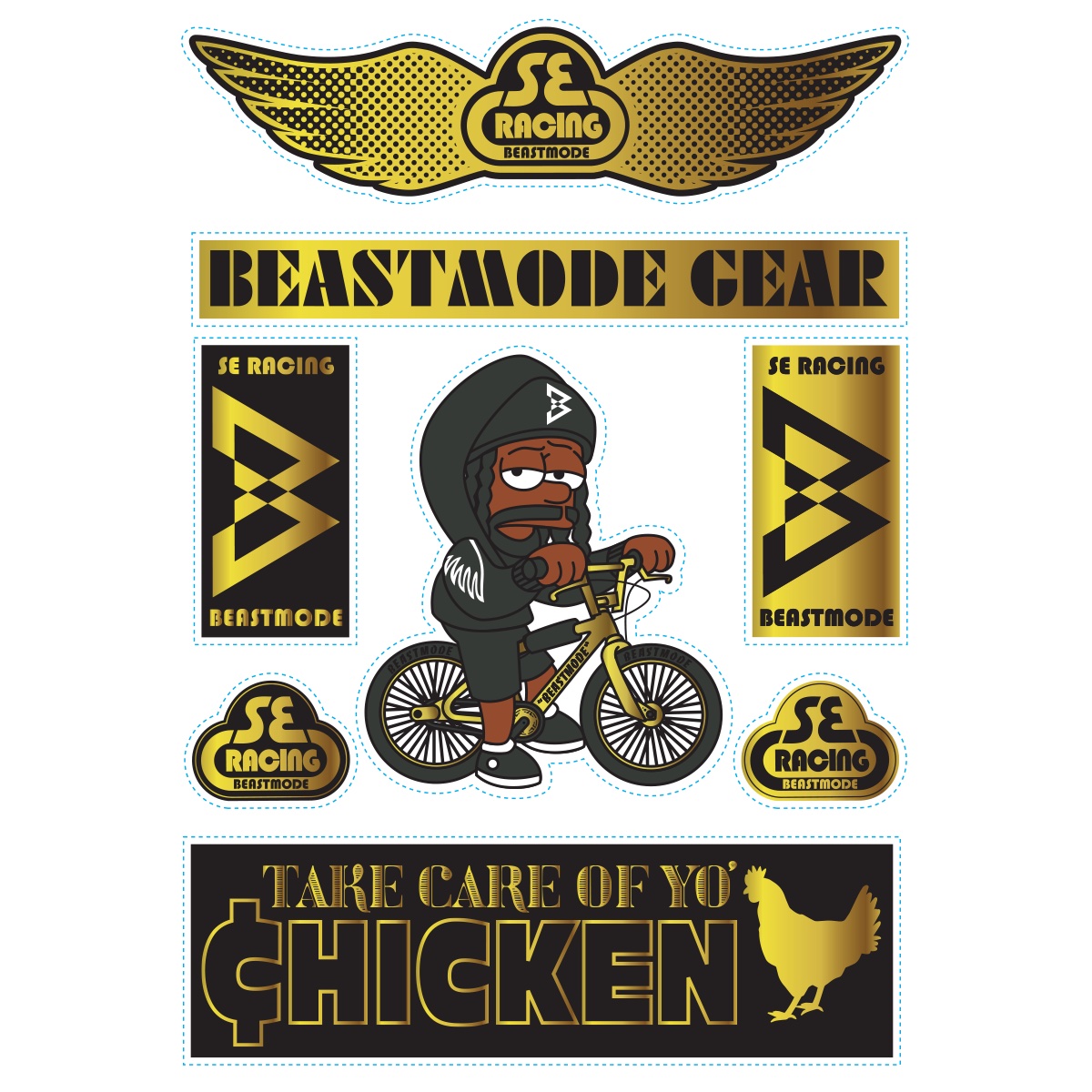 Some components have been swapped out due to ongoing supply chain issues, so SE urges anyone hoping to pick up the Beast Mode Ripper to check with their local shop on exactly what goes into each build. 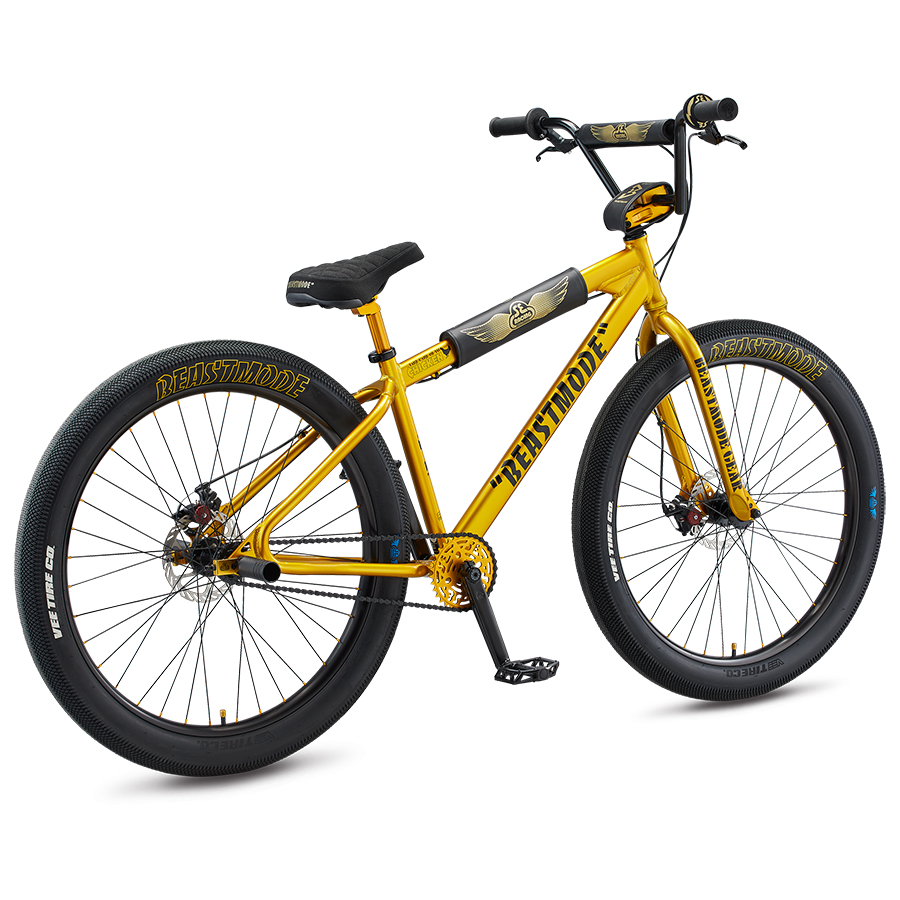 Lynch showed off the bike himself in his hometown of Oakland last weekend during the Oakland Rideout. 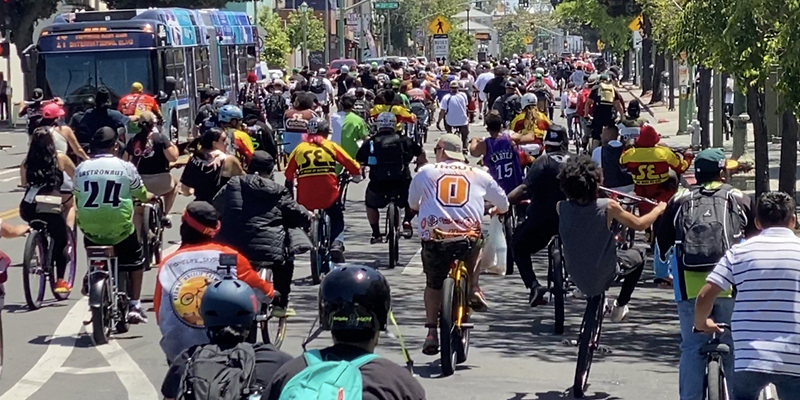 The bike weighs 33.1 pounds and goes for an MSRP of $1,100. Riders can find them at local SE dealers through the company’s “Buy it Locally” program. It is not available by direct shipping.