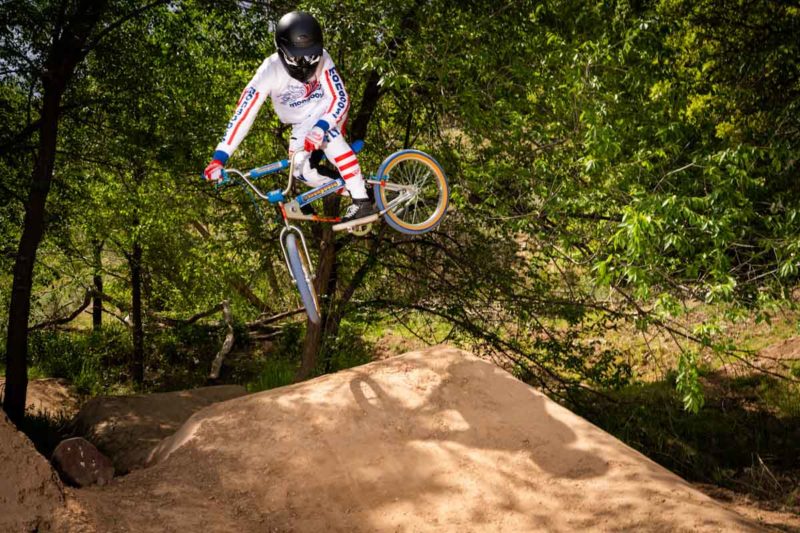 If you’re in your forties now, you probably remember neighbourhood kids (or perhaps yourself) cruising the streets on Mongoose’s early BMX bikes. Their Supergoose and California Special were iconic BMXs that introduced countless youth to the fun and freedom a bicycle can afford throughout the 1980’s. 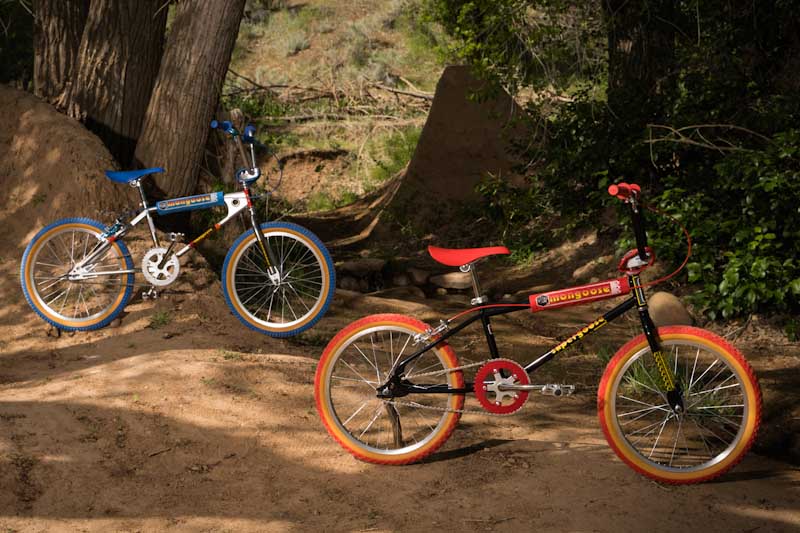 Since achieving ‘retro’ status, the original Supergoose and California Special have both become collector’s items. Given the interest in these nostalgic bikes Mongoose is releasing a limited run of both models, which also serve to introduce the brand’s Classics Collection. 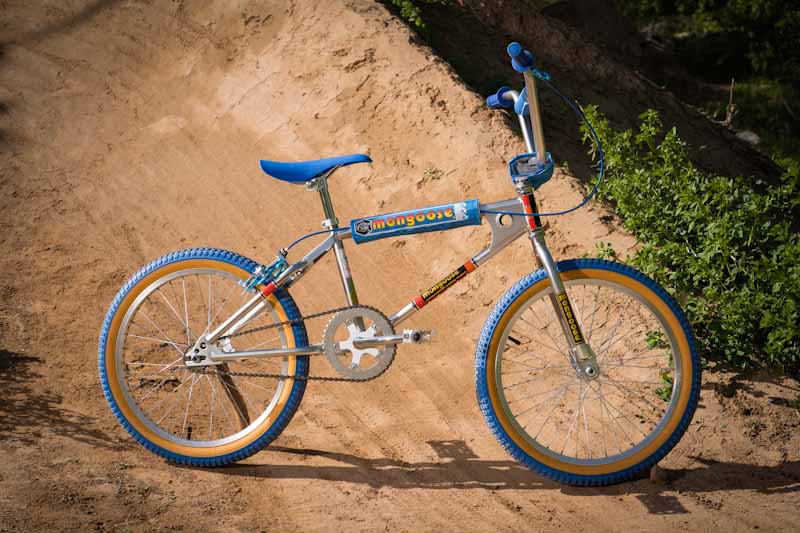 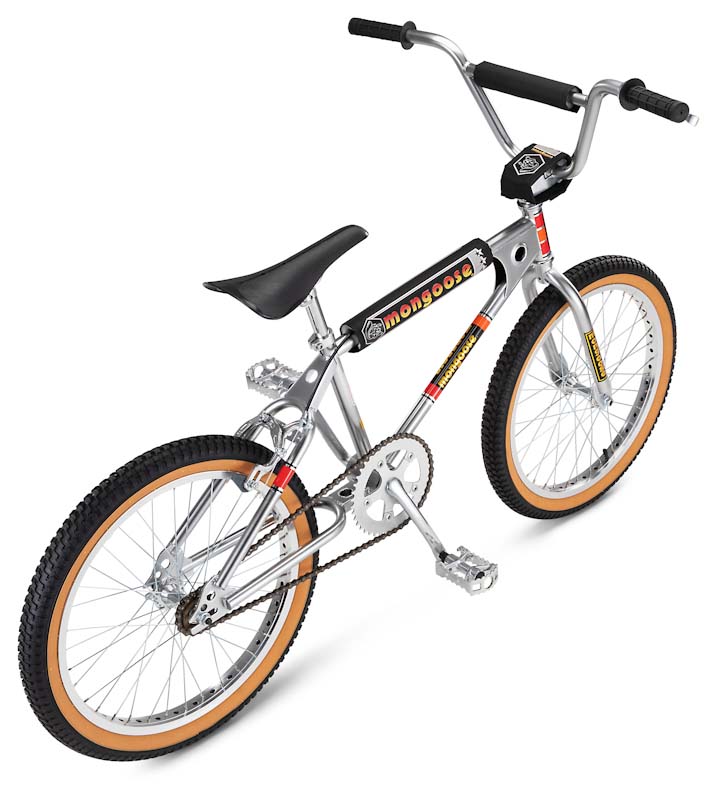 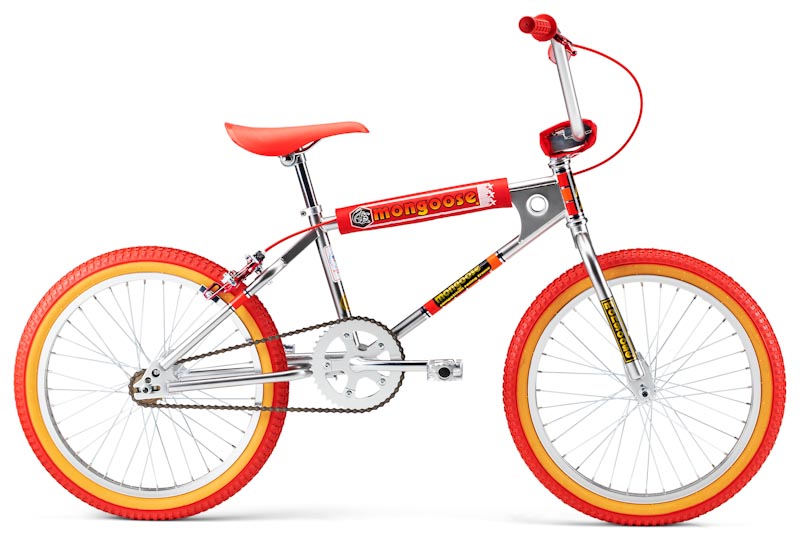 The chrome California Special gets three different color schemes: Blue, red or black. Each boasts a selection of color-matched parts including a set of Mongoose Pro Series pads, tires, grips, seats, brake calipers and levers, and even the cable housing. 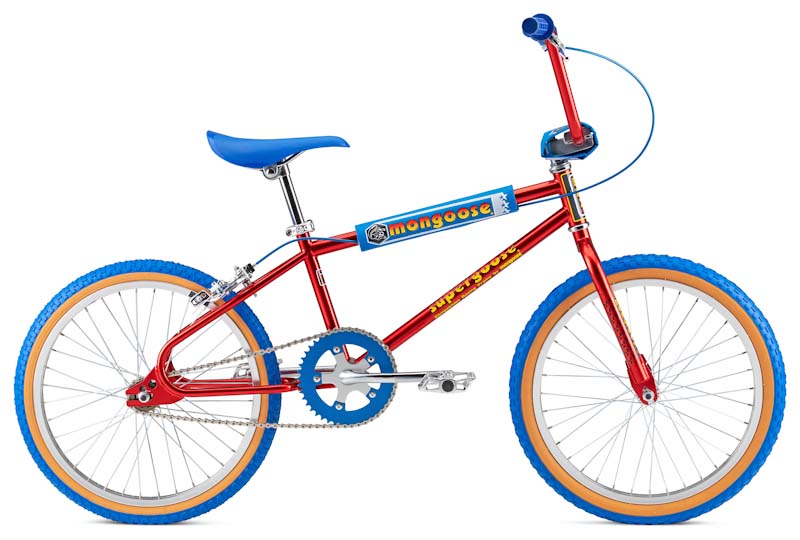 While it first launched in 1979, the replica Supergoose is based upon the ‘looptail’ frame design introduced in 1984. The Supergoose features a full 4130 chromoly frame, and rolls on Mongoose’s Pro Class rims. It also features Mongoose Pro Class handlebars, Dia Compe MX brakes and levers, a hinged Dia Compe seat clamp, and of course a retro three-piece pad set. 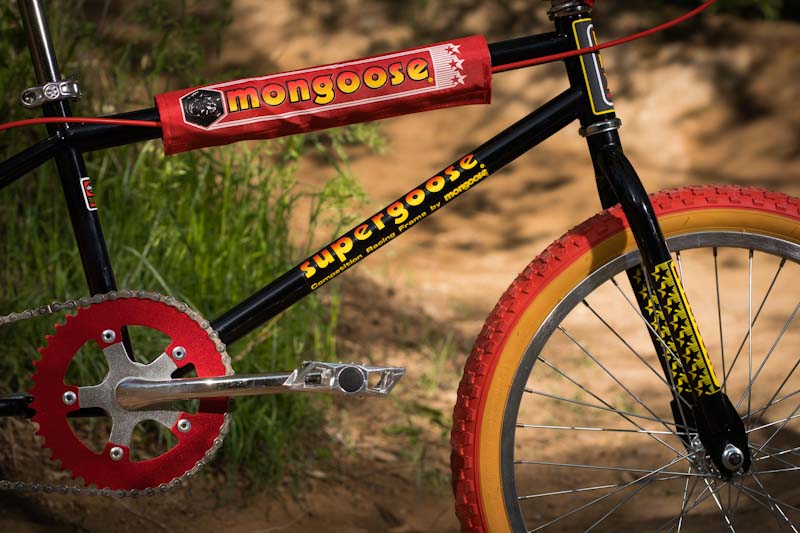 To match the old school originals the Supergoose gets two colorways – A red frame with blue components, or a black frame with red accents. The pad set, tires, seats, grips, chainrings and even cable housings are all color-coded to ensure an authentic look. 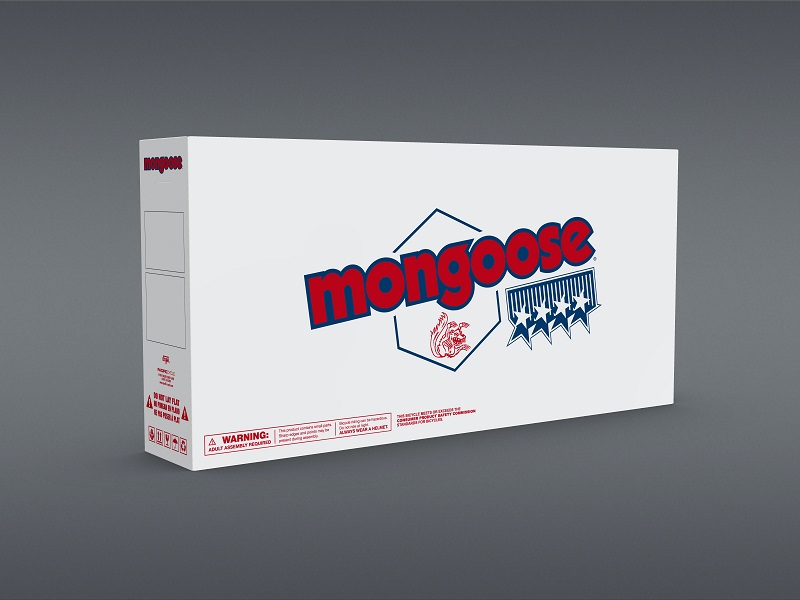 For added collector appeal, these bikes will ship out in ‘80’s inspired white litho-laminated boxes that feature classic Mongoose artwork. The Supergoose sells for $549.99 and the California Special costs $449.99. Both models are expected to ship in late October.

Steve Fisher is a staff contributor for Bikerumor. Steve has been writing about trail, enduro and downhill mountain biking (plus a few commuter bikes) for seven years. Prior to that, Steve wrote for Whistler Traveller Magazine and Mountain Life Magazine. Steve is based in Pemberton, British Columbia, an area that offers plenty of challenging world-class singletrack and makes for great photos!

This article is full of mistakes.

The California Special used the standard Mongoose chromo front triangle frame, chromo Team fork. Double head gussets were normal from ’75 on. Gussets went away in the ’80s, mostly. The handlebars shape was also ordinary by 79. Stu Thompson made sure of that.

The ’84 Supergoose looptail was originally called the Pro Class and was introduced in ’82. I had one.

Just because you had one don’t mean your an expert. I’m pretty sure the factory knows more than you do.

The alleged mistakes seem all the more egregious because it’s very likely that these factoids were provided by the good folks at Mongoose.

I have a feeling these will not actually be chrome plated, but a painted to look like chrome finish like the “Stanger Things Mad Max” model. I sent an email and just waiting to hear back.

I called them, they were no help.

Bring back the 1985 Californian

I ordered 1 of each. Nice bike, however far from the original version, I have a 1980 all original with blue alloy everything. I bought it 15 years ago from the original owner. It was bought and hung up since new. Museum bike for sure. Anyways I took on out to look at it. Nice but a bit over priced. I agree with the previous comment, they should have made ihem in 26 and 29!!

I agree, I remember saving fir those three piece bullseye cranks that cam stock, this is a fun toy remake of the SG.

These are re-pops. They are cheaply made versions of their namesakes and are made in China. Comparing them to the original models is just about the same as comparing Greta Van Fleet to Zeppelin…a similar wannabe, but nowhere near as awesome as the original.

Siiick! Back in ’84, and the surrounding years, my friends and I definitely had a BMX bike ratpack squad lol. One of the friends, Mike, whom lived closest to me (couple houses down the way) had the Mongoose Californian… And I had the GT MACH ONE then a PRO SERIES. Another friend had a CW, my cousin had the Schwinn Predator (he has #1 in NJ for a bit, but carried the #2 nbl, aba, ranking for quite awhile. The rest of us were just local shredders as opposed to organized track. BMX was our LIVES, along with GI Joe, Transformers, X-Men comics, Breakdancing, video games and dirtbikes . We were energized for sure. Sick to see them bringing back the best of the ‘Goose bikes. I’ve been chomping at the bit to get a 29″ GT Pro Series I see them making in small batches this year. Being that I’m turning 47 in 2 weeks, there’s no fitting me onto an old skool vintage size BMX sadly. Sadly, believe me. But id love to start putting some side cash aside for one of these baddie old-skool-made-modern-for-us-aged-shredders! Get myself back out there cruising the paths with the wind in my face again! Have y’all SEEN the 26″/29″ PK Rippers they made this year!? Geeesh!